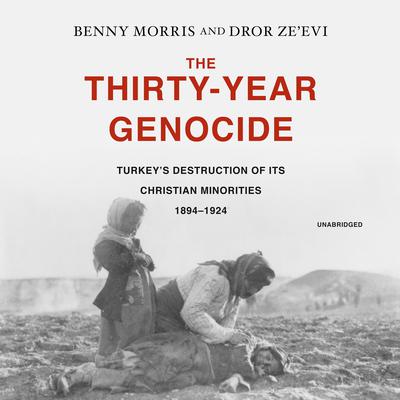 The Thirty-Year Genocide: Turkey’s Destruction of Its Christian Minorities, 1894–1924

Between 1894 and 1924, three waves of violence swept across Anatolia, targeting the region’s Christian minorities, who had previously accounted for 20 percent of the population. By 1924 the Armenians, Assyrians, and Greeks had been reduced to 2 percent. Most historians have treated these waves as distinct, isolated events, and successive Turkish governments presented them as an unfortunate sequence of accidents. The Thirty-Year Genocide is the first account to show that the three were actually part of a single, continuing, and intentional effort to wipe out Anatolia’s Christian population.

The years in question, the most violent in the recent history of the region, began during the reign of the Ottoman sultan Abdulhamid II, continued under the Young Turks, and ended during the first years of the Turkish Republic founded by Ataturk. Yet despite the dramatic swing from the Islamizing autocracy of the sultan to the secularizing republicanism of the post–World War I period, the nation’s annihilationist policies were remarkably constant, with continual recourse to premeditated mass killing, homicidal deportation, forced conversion, mass rape, and brutal abduction. And one thing more was a constant: the rallying cry of jihad. While not justified under the teachings of Islam, the killing of two million Christians was effected through the calculated exhortation of the Turks to create a pure Muslim nation.

Revelatory and impeccably researched, Benny Morris and Dror Ze’evi’s account is certain to transform how we see one of modern history’s most horrific events.

“Offers a subtle diagnosis of why, at particular moments over a span of three decades, Ottoman rulers and their successors unleashed torrents of suffering…This study ventures beyond the well-known Armenian death marches to attacks on other minorities as well.” —New York Times Book Review
“A must read for anyone interested in the tragic events and history which inevitably shaped the modern world.” —National Herald (New York)
“Again and again, I was brought up short by the sheer, terrible, shocking accounts of violence in Morris’s and Zeevi’s work…Is it possible for a people to be so inured to cruelty that they changed, that their acts of sadism could alter their humanity?” —The Independent (London)
“Compelling; detailed; a unique contribution. The authors have done a great historiographical and intellectual service.” —Donald Grigor Suny, author of “They Can Live in the Desert but Nowhere Else”: A History of the Armenian Genocide

Benny Morris, professor emeritus in the department of Middle Eastern studies at Ben Gurion University of the Negev, has published books about the history of the Zionist-Arab conflict. He has also written about the conflict in the New York Review of Books, New York Times, New Republic, and the London Guardian.

Dror Ze’evi, professor in the department of Middle Eastern studies at Ben Gurion University of the Negev, has published several books on Ottoman and Middle Eastern history.