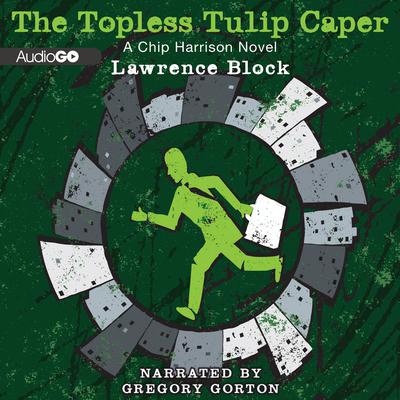 When a stripper is murdered onstage, Chip Harrison must put his sexual frustration aside to seek out the mobster responsible.

123 murders. That’s the statistic that gets Chip Harrison’s attention—that and the girl who reports it: a statuesque stripper and amateur ichthyologist who has come to him for help catching the killer of her 123 rare fish. But it’s the 124th victim—this time a human—who draws Chip and his mentor, porcine super-sleuth Leo Haig, into a world of dressing rooms and easy death, where the poison kills quickly and the best clues are found between the sheets. Catching the killer is tough, but Chip’s real challenge is staying alive long enough to get the stripper to take off her clothes.

“A would-be Nero Wolfe solves a murder involving an ichthyologist who moonlights as a topless dancer. As related by his would-be Archie Goodwin, the story is very funny, well written, and nicely read. Gregory Gorton has the perfect sound for the young, sarcastic chronicler. His swagger is a teenager’s bluff, his wisecracks made funnier by his youth and pretended toughness.” —AudioFile
“A wickedly funny parody of Rex Stout’s Nero Wolfe/Archie Goodwin series…There are zingers that will have you hitting pause until you stop laughing…A delight.” —Library Journal (starred review)