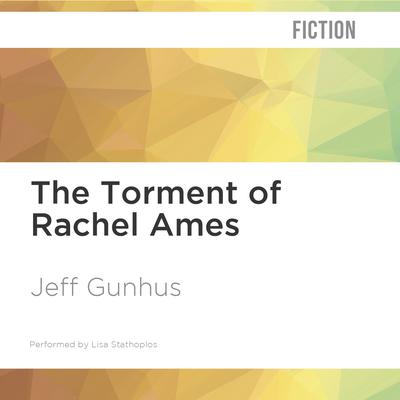 The Torment of Rachel Ames

Suffering from writer's block, novelist Rachel Ames escapes to a lake cabin to calm her mind and regain a sense of herself. The location is perfect. Isolated. Beautiful. Inspiring. It even comes with a good-looking landlord who shows an interest in her. But she can't shake the sense that something terrible has followed her to the lake, something just beyond her consciousness, something out on the edge where the sounds of a raging fire and sirens linger whenever she slows down to listen. Determined to make the cabin work, she tries to settle in and give her new life a chance. But when strange things begin to happen around her, she wonders if she's made a terrible mistake. As the darkness that's followed her manifests itself in inexplicable ways, her concept of reality is stretched thin and she realizes nothing at the lake is what it seems. As she fights to survive with her sanity intact, she understands too late that the location she's chosen for herself is far from perfect.

Jeff Gunhus grew up playing among Greek ruins and shopping in Arabic markets as he traveled the globe with his parents. His books range from the motivational career guides No Parachute Required and Wake Up Call to the middle school fantasy series the Templar Chronicles. Jack Templar Monster Hunter, one of the Templar Chronicles, was listed as a finalist for Foreword Reviews’ Book of the Year. His children’s writing has also earned him a Moonbeam Children’s Book Award silver medal and a Parents’ Choice recommendation. He writes for adults as well, and Night Chill—the first book of his horror series—was another Foreword Reviews’ Book of the Year finalist. He resides in Maryland with his wife and five children.