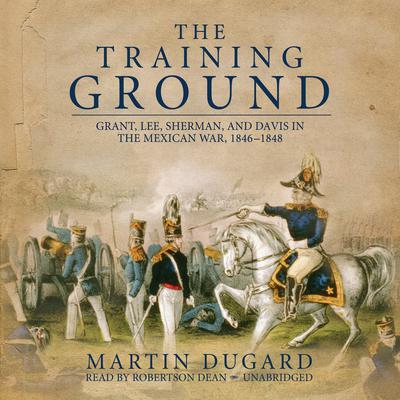 Nearly all of the Civil War’s greatest soldiers—Grant, Lee, Sherman, Davis, and Jackson—were forged in the heat of the Mexican War. This is their story.

The Mexican War has faded from our national memory, but it was a struggle of enormous significance. It was the first US war waged on foreign soil, and it nearly doubled the size of our nation. At this fascinating juncture of American history, a group of young men came together to fight as friends, only years later to fight as enemies.

“A fast-paced, colloquially written account…Dugard’s spirited narrative animates a group of men whose force of character, professional skill, and ability to think outside conventional limits revitalized the sclerotic army.” —Publishers Weekly
“It is prescient to see how Robert E. Lee’s contributions and experiences in Mexico refined his later brilliance as a Confederate general. The story adapts well to audio; the narrator, Robertson Dean, makes it enjoyable and easy to understand with his deep voice and articulate diction. His skillful treatment of the little asides and details, such as the battle with the sand fleas at Veracruz, adds to the impact for the listener.” —AudioFile
“The author describes the carnage in a grim, realistic manner and discusses how the future generals distinguished themselves…Dean’s narration is serious and generally even-toned, and he brings the text to life. Sometimes he is narrating; sometimes describing; sometimes reporting. He alters his voice just enough to change the mood.” —Kliatt