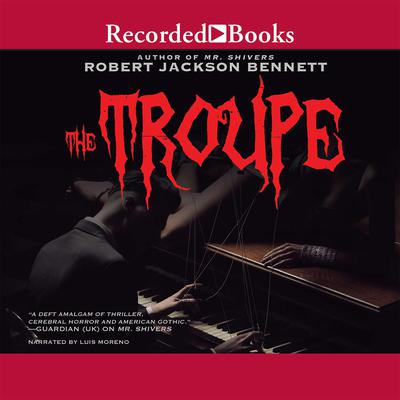 Best-selling author Robert Jackson Bennett has won widespread critical acclaim for his unique brand of darkly inventive fiction. In The Troupe, 16-year-old George Carole joins vaudeville in search of Heironomo Silenus, the man he believes to be his father. But what he discovers casts a dark pall over his world: Silenus' troupe hides a dangerous secret -- one that invites death to all in its vicinity.

Robert Jackson Bennett’s 2010 debut, Mr. Shivers, won the Shirley Jackson Award as well as the Sydney J. Bounds Newcomer Award. His second novel, The Company Man, won a Special Citation of Excellence from the Philip K. Dick Award, as well as an Edgar Award for Best Paperback Original. His third novel, The Troupe, was published to high critical and popular acclaim. Born in Baton Rouge, he now lives in Austin with his wife and son.