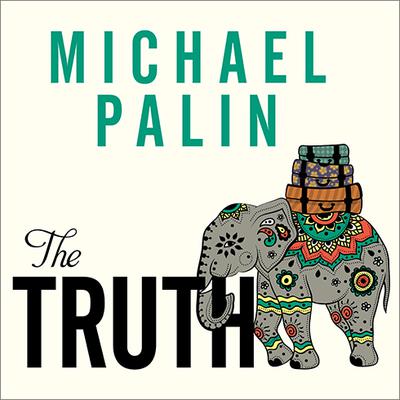 Keith Mabbut is at a crossroads in his life. A professional writer of some repute, he has reached the age of fifty-six with nothing resembling the success of his two great literary heroes, George Orwell and Albert Camus. When he is offered the opportunity of a lifetime—to write the biography of the elusive Hamish Melville, a widely respected and highly influential activist and humanitarian—he seizes the chance to write something meaningful. His search to find out the real story behind the legend takes Mabbut to the lush landscapes and environmental hotspots of India. The more he discovers about Melville, the more he admires him—and the more he connects with an idealist who wanted to make a difference. But is his quarry really who he claims to be? As Keith discovers, the truth can be whatever we make it. In this wonderful, heartwarming novel, Michael Palin turns his considerable skills to fiction in the story of an ordinary man on an extraordinary adventure.

With passion and flair, Palin details a journalist's quest to discover the truth about a reclusive environmental activist. . . . The wait for this compelling book has been more than worth it. —Kirkus Starred Review

Michael Palin established his reputation with Monty Pythonˆs Flying Circus and Ripping Yarns. His work also includes several films with Monty Python as well as The Missionary, A Private Function, an award-winning performance as Ken in A Fish Called Wanda, and Fierce Creatures. He has also written books to accompany his very successful travel series, Around the World in 80 Days, Pole to Pole, Full Circle, and Hemingway Adventure.