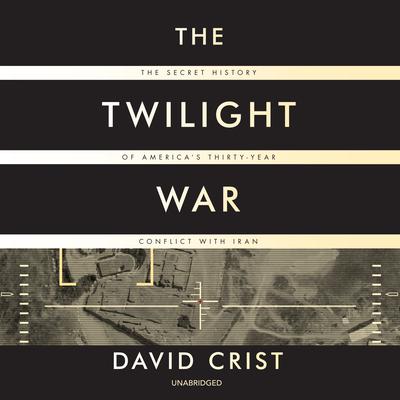 The Twilight War: The Secret History of America’s Thirty-Year Conflict with Iran

The dramatic secret history of the undeclared, ongoing war between the US and Iran

For the past three decades, the United States and Iran have been engaged in an unacknowledged secret war. This conflict has frustrated five American presidents, divided administrations, and repeatedly threatened to bring the two nations to the brink of open warfare. Drawing upon unparalleled access to senior officials and key documents of several US administrations, David Crist, a senior historian in the federal government, breaks new ground on virtually every page of The Twilight War. From the Iranian Revolution to secret negotiations between Iran and the United States after 9/11 to Iran’s nuclear program and sanctions against it, Crist brings vital new depth to our understanding of “the Iran problem”—and what the future of this tense relationship may bring.

“This is the foreign policy book of the year, perhaps of many years.” —Thomas E. Ricks, New York Times bestselling author

Dr. David Crist is a senior historian for the US government and a special advisor to senior officals in the US government. He frequently advises senior government officials on the Middle East. As an officer in the US Marine Corps Reserve, Crist served two tours with special operations forces in Afghanistan and Iraq. His prior publications include Gulf of Conflict: A History of US-Iranian Confrontation at Sea (Washington Institute, 2009). He holds a BA from the University of Virginia and a master’s and doctorate in Middle Eastern history from Florida State University.