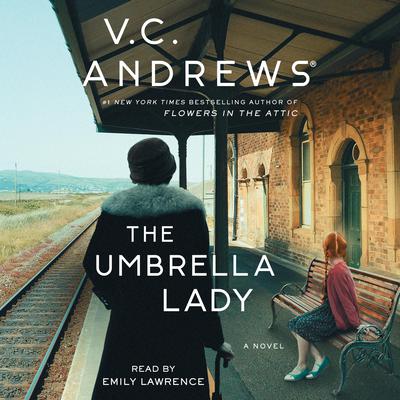 A young girl who has lost her father finds herself at the mercy of a mysterious woman who is not quite what she seems in this atmospheric and unputdownable novel from the New York Times bestselling author of the Flowers in the Attic series turned into popular Lifetime movies.

Left on a train platform in an unfamiliar village, little Saffron Faith Anders is certain her father will return shortly, just like he promised. She holds out hope even as the hours pass and the station grows dark. When a strange old woman with a large umbrella approaches and inquiries about her situation, Saffron doesn’t immediately trust the imposing do-gooder, but with the chances of her father returning growing ever slimmer, she agrees to rest at the old woman’s house.

Her stay was supposed to be for a few minutes, hours at most, but soon, Saffron soon realizes she has been confined to a house of dark secrets and is now at the mercy of the enigmatic Umbrella Lady. One minute grandmotherly and the next wickedly cruel, she shears Saffron’s hair, burns all the clothes she had in her suitcase, and pretends that the photo of a young girl hanging on her bedroom wall is no one in particular. When strange letters arrive from Saffron’s father, claiming that he will send for her shortly, hope returns to her young heart. But Saffron soon discovers that those who claim to love you will often hurt you the most....

“Andrews knew how to spin a heck of an escapist yarn with all the right elements.” —Booklist, praise for the author

V. C. Andrews (1923–1986) has been a bestselling phenomenon since the publication of Flowers in the Attic, which was followed by four more Dollanganger family novels: Petals on the Wind, If There Be Thorns, Seeds of Yesterday, and Garden of Shadows. Since then, readers have been captivated by more than seventy novels in her bestselling series, which have sold more than 106 million copies and have been translated into more than twenty-five foreign languages.