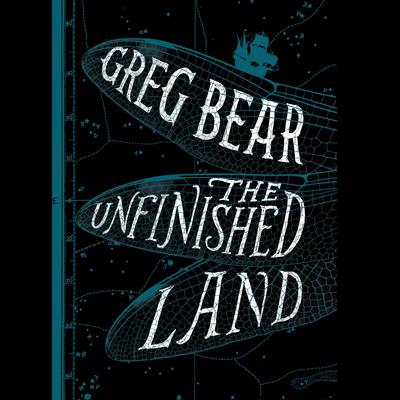 Reynard, a young apprentice, seeks release from the drudgery of working for his fisherman uncle in the English village of Southwold. His rare days off lead him to strange encounters—not just with press gangs hoping to fill English ships to fight the coming Spanish Armada, but strangers who seem to know him—one of whom casts a white shadow.

The village’s ships are commandeered, and after a fierce battle at sea, Reynard finds himself the sole survivor of his uncle’s devastated hoy. For days he drifts, starving and dying of thirst, until he is rescued by a galleon, also lost—and both are propelled by a strange current to the unknown northern island of Thule. Here Reynard must meet his destiny in a violent clash between humans and gods.

Set in the age of discovery, a tale of a very strange journey indeed—and a parable of the awakening of the mind of Mankind. As throughout his career, Bear continues to astonish and delight."—Stephen Baxter, award-winning author of the World Engines duology "Here there be dragons, monsters and mentors, and landscapes previously seen only in dreams. With the Elizabethan boy Reynard, explore the magical, mythical North in a literary journey unlike any you have made before. An unexpected pleasure to read and remember."—Diana L. Paxson, author of Sword of Avalon and Hallowed Isle   —
“Bear continues to astonish and delight.” —Stephen Baxter, former Vice President of the International H.G. Wells Society