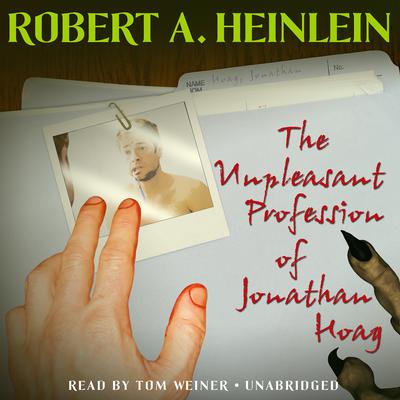 The Unpleasant Profession of Jonathan Hoag

By Robert A. Heinlein
Read by Tom Weiner

Jonathan Hoag has a curious problem. Every evening, he finds a mysterious reddish substance under his fingernails, with no memory of how it got there. Jonathan hires the husband-and-wife detective team of Ted and Cynthia Randall to follow him during the day and find out, but Ted and Cynthia find themselves instantly out of their depth. Jonathan leaves no fingerprints. His few memories about his profession turn out to be false. Even stranger, Ted and Cynthia’s own memories of what happens during their investigation do not match. There is a thirteenth floor to Jonathan’s building that does not exist, there are mysterious and threatening beings living inside mirrors, and all of reality is not what they thought it was. Part supernatural thriller, part noir detective story, Heinlein’s trip down the rabbit hole leads where you never expected.

“The last and strangest of the stories that Robert Heinlein contributed to the Golden Age before he ceased to write during World War II.” —Alexei and Cory Panshin, Hugo Award–winning authors
“Award-winning narrator Tom Weiner skillfully handles a variety of different voices…He voices Mr. Hoag perfectfly, catching his prissy, fussy nature throughout, but adding a different tone once we discover his true profession. His characterization of the story’s bad guys…has the perfect amount of menace and mystery.” —SFSite.com