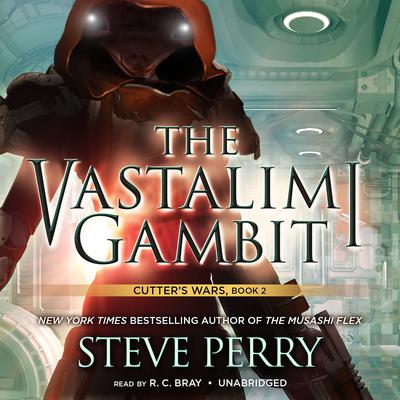 At the close of the twenty-fourth century, a series of revolutions has caused the galaxy to descend into chaos. With the Galactic Union Army stretched thin, mercenary units have arisen for those who have the need—and the means—to hire them.

Kay, the alien member of the Cutter Force Initiative, has returned to her brutal home world of Vast on a mission of mercy. Before she joined the merc team, she was a great healer. And now her skills are sorely needed. Hundreds of Vastalimi—including her blood-kin—are mysteriously dying. But is the plague a work of nature, or is it a bioengineered virus, purposefully unleashed? Kay and Doc Wink will have to find out the hard way.

With the Cutter Force light-years away, the two find the odds against them—and on a planet like Vast, where violence abounds and life is cheap, they may be facing a foe they can't defeat.

Steve Perry has sold dozens of stories to magazines and anthologies and has also written a considerable number of novels, animated teleplays, nonfiction articles, reviews, and essays, along with a couple of unproduced movie scripts. He wrote for the television show Batman: The Animated Series and was nominated for an Emmy for Outstanding Writing, and his novel Star Wars: Shadows of the Empire spent ten weeks on the New York Times bestseller list. He also wrote the bestselling novelization of the blockbuster movie Men in Black, and all of his collaborative novels for Tom Clancy’s Net Force series have made the New York Times bestseller list. He is a recipient of the Willamette Writers Lifetime Achievement Award.