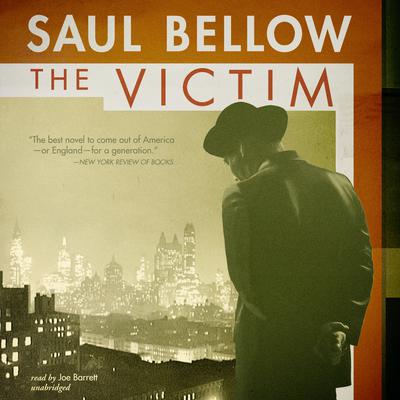 In this unique noir masterpiece by the incomparable Saul Bellow, a young man is sucked into the mysterious, heat-filled vortex of New York City.

Asa Leventhal, a temporary bachelor with his wife away on a visit to her mother, attempts to find relief from a Gotham heat wave only to be accosted in the park by a down-at-the-heels stranger who accuses Leventhal of ruining his life. Unable to shake the stranger, Leventhal is led by his own self-doubts and suspicions into a nightmare of paranoia and fear.

“A kind of Dostoyevskian nightmare…written with unusual power and insight.” —New York Times
“Anything by Bellow is worth a dozen other novels.” —Spectator (London)
“The Victim confirmed the emergence of a new protagonist in American literature: modern, Jewish, as alienated from his surroundings as Kafka’s Gregor Samsa in The Metamorphosis.” —Boston Globe
“The best novel to come out of America—or England—for a generation.” —New York Review of Books
“A story of New York today—in general introspective, thought provoking, but with the focus on the idea rather than the people, who are little more than lay figures.” —Kirkus Reviews

Saul Bellow (1915–2005), author of numerous novels, novellas, and stories, was the only novelist to receive three National Book Awards. He also received the Pulitzer Prize, the Nobel Prize in Literature, the National Book Foundation Medal for Distinguished Contribution to American Letters, and the American Academy of Arts and Letters Gold Medal for Fiction. During the 1967 Arab-Israeli conflict, Bellow served as a war correspondent for Newsday. He taught at New York University, Princeton, and the University of Minnesota and was chairman of the Committee on Social Thought at the University of Chicago.