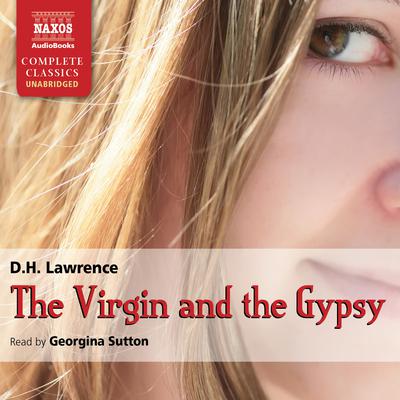 The Virgin and the Gypsy

In a claustrophobic household, oppressed by her blind, toadlike grandmother and a cowardly, conventional father, Yvette’s exuberance seems doomed to suppression. But meeting a gypsy awakens unfamiliar emotions in her, making her challenge the family’s accepted morality. As she wavers between conformity and rebellion, a flash flood threatens her home, her world, and her life. This short novel deals with all the major themes of sexuality and identity that made Lawrence one of the most original and influential writers of the twentieth century, and it is a satirical, atmospheric, moving, and surprising masterpiece.

“Georgina Sutton delivers the story of the virgin daughter of a vicar and her fascinating romantic entanglement with a gypsy in East Midlands, England. Set after WWI, the story recounts the events of daily life in the rectory, where all action is stifled by the mores of the day. Sutton flawlessly describes how Yvette, traveling throughout the countryside, comes across a gypsy camp, full of colorful, warm free spirits. One of them in particular catches her eye. Sutton’s subtle reading of Lawrence’s character studies—especially her portrait of Yvette’s longing for love—draws the listener into this story of self-discovery.” —AudioFile