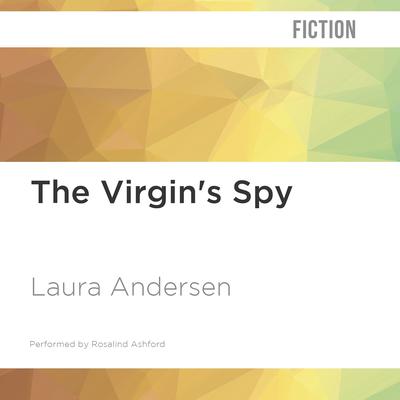 Perfect for fans of Philippa Gregory and Alison Weir, The Virgin's Spy is award-winning author Laura Andersen's second novel about the next generation of Tudor royals - a mesmerizing historical novel filled with rich period detail, vividly drawn characters, and all the glamour and seduction of the fabled Tudor court.

Queen Elizabeth I remains sovereign of England and Ireland. For the moment, at least. An Irish rebellion is growing, and Catholic Spain, led by the queen's former husband, King Philip, plans to seize advantage of the turmoil. Stephen Courtenay, eldest son of Dominic and Minuette, Elizabeth's most trusted confidantes, has accepted a command in Ireland to quell the unrest. But the task will prove dangerous in more ways than one.

The princess of Wales, Elizabeth's daughter, Anabel, looks to play a greater role in her nation, ever mindful that there is only one queen of England. But how is Anabel to one day rule a country when she cannot even govern her own heart?

Laura Andersen is married with four children, and possesses a constant sense of having forgotten something important. She has a BA in English, with an emphasis in British history, which she puts to use by reading everything she can lay her hands on.