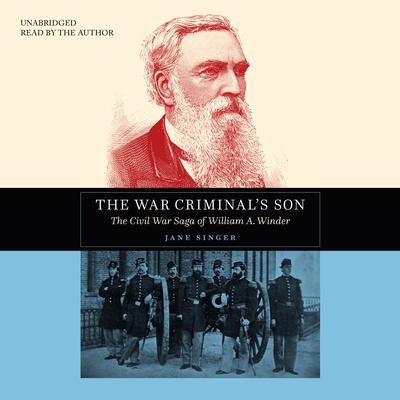 The War Criminal’s Son: The Civil War Saga of William A. Winder

The War Criminal’s Son brings to life hidden aspects of the Civil War through the sweeping saga of the firstborn son in the infamous Confederate Winder family who shattered family ties to stand with the Union.

General John H. Winder was the commandant of most prison camps in the Confederacy, including Andersonville. When Winder gave his son William Andrew Winder the order to come south and fight, desert, or commit suicide, William went to the White House and swore his allegiance to President Lincoln and the Union. Despite his pleas to remain at the front, it was not enough. Winder was ordered to command Alcatraz, a fortress that became a Civil War prison where he treated his prisoners humanely despite repeated accusations of disloyalty and treason because the Winder name had become shorthand for brutality during an already brutal war.

John Winder died before he could be brought to justice as a war criminal. Haunted by his father’s villainy, William went into a self-imposed exile for twenty years and eventually ended up at the Rosebud Reservation in South Dakota to fulfill his longstanding desire to better the lot of Native Americans.

In The War Criminal’s Son, Jane Singer evokes the universal themes of loyalty, shame, and redemption in the face of unspeakable cruelty.

“A must-read for those who enjoy the hidden stories behind American history. Ms. Singer has captured a tumultuous family history as she traces the life and trials of William Andrew Winder, the only Union man in an otherwise Confederate family.” —Laurie Verge, director of the Surratt House Museum in Clinton, Maryland
“Captain William A. Winder led a long, peripatetic life, splendidly told here…This is a great read.” —Frank J. Williams, founding chair of the Lincoln Forum and president of the Ulysses S. Grant Association and Presidential Library
“A rattling good tale of shame and redemption, a metaphor, as the author demonstrates, for the ‘recovery and reinvention of a fractured nation and her people’ at the time of the Civil War.” —Richard Willing, intelligence officer and historian

Jane Singer is a Civil War author, researcher, and lecturer. She is the author of Lincoln’s Secret Spy and The Confederate Dirty War. Singer’s work has been featured in the Washington Post, the Washington Times, and the Chicago Sun-Times. A popular lecturer and Civil War research consultant, she lives in Venice, California.