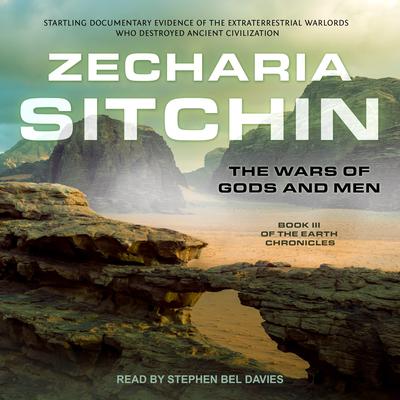 The Wars of Gods and Men

Thousands of years ago, the Earth was a battlefield. These were the wars that would shape man's destiny—terrible conflicts that began lifetimes earlier on another planet.

Parting the mists of time and myth, the internationally renowned scholar Zecharia Sitchin takes us back in this volume to the violent beginnings of the human story, when gods—not men—ruled the Earth. In a spellbinding reconstruction of epic events preserved in legends and ancient writings, he traces the conflicts that began on another world, continued on Earth, and culminated in the use of nuclear weapons—an event recorded in the Bible as the upheaval of Sodom and Gomorrah.

Zecharia Sitchin (1920-2010), an eminent Orientalist and biblical scholar, was born in Russia and grew up in Palestine, where he acquired a profound knowledge of modern and ancient Hebrew, other Semitic and European languages, the Old Testament, and the history and archaeology of the Near East. A graduate of the University of London with a degree in economic history, he worked as a journalist and editor in Israel for many years prior to undertaking his life’s work-the Earth Chronicles. One of the few scholars able to read the clay tablets and interpret ancient Sumerian and Akkadian, Sitchin based the Earth Chronicles series on the texts and pictorial evidence recorded by the ancient civilizations of the Near East. His books have been widely translated, reprinted in paperback editions, converted to Braille for the blind, and featured on radio and television programs.