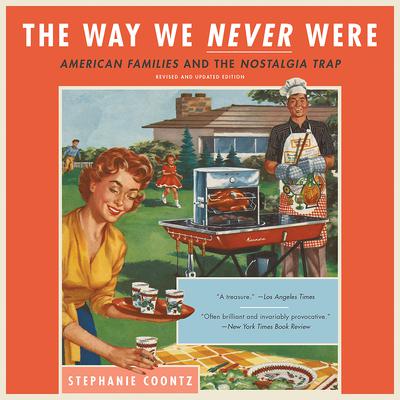 The Way We Never Were: American Families and the Nostalgia Trap

Leave It to Beaver was not a documentary, a man's home has never been his castle, the 'male breadwinner marriage' is the least traditional family in history, and rape and sexual assault were far higher in the 1970s than they are today. In The Way We Never Were, acclaimed historian Stephanie Coontz provides a myth-shattering examination of two centuries of the American family, sweeping away misconceptions about the past that cloud current debates about domestic life. The 1950s do not present a workable model of how to conduct our personal lives today, Coontz argues, and neither does any other era from our cultural past. This revised edition includes a new introduction and epilogue, looking at what has and has not changed since the original publication in 1992, and exploring how the clash between growing gender equality and rising economic inequality is reshaping family life, marriage, and male-female relationships in our modern era.

Now more relevant than ever, The Way We Never Were continues to be a potent corrective to dangerous nostalgia for an American tradition that never really existed.

“Coontz’s strength is in the way she shows that families of every era have been blamed for conditions beyond their control.” —San Francisco Chronicle
“Historically rich and loaded with anecdotal evidence, The Way We Never Were effectively demolishes the normal, traditional nuclear family as neither normal nor traditional and not even nuclear.” —Nation
"[Coontz] approaches the subject of what we now insist up on calling ‘family values’ with what is, in the current atmosphere, a refreshing lack of partisan cant.” — Washington Post Book World
“Often brilliant and invariably provocative.” —New York Times Book Review

Stephanie Coontz teaches history and family studies at the Evergreen State College in Olympia, Washington. She also serves as director of research and public education at the Council on Contemporary Families. Her work has been featured in newspapers such as the New York Times, as well as scholarly journals such as Journal of Marriage and Family, and she is frequently interviewed on national television and radio.