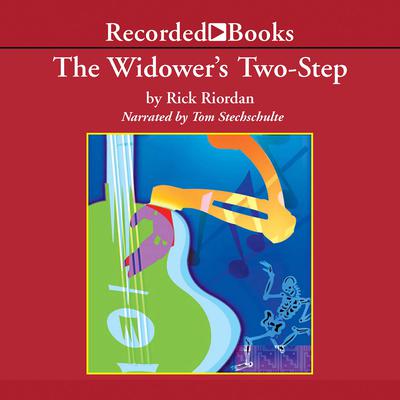 Rick Riordan's first book in the Tres Navarre series, Big Red Tequila (S1004) hit the mystery market like a Texas tornado. Readers couldn't get enough of its hero's offbeat combination of academic degrees, tai chi skills, and nose for danger. When the second adventure, Widower's Two-Step, was published, it quickly earned an Edgar Award. Instead of accepting a teaching position at the university, Tres is finishing up his apprenticeship for a private investigator's license. He's doing a poor job of surveillance on the fiddle player in a promising honky-tonk band: she is shot in broad daylight while he watches. Shaken, Tres begins an investigation on his own. It's not long before he discovers that some people will do anything to capture a lucrative recording contract. With suspense as sizzling as the southwestern sun, and a truly colorful cast of characters, The Widower's Two-Step is a hit with mystery lovers well beyond the Lone Star State. Narrator Tom Stechschulte's performance adds just the right spice to Tres' character.

Rick Riordan is the New York Times bestselling author of the Percy Jackson and the Olympians series, the Kane Chronicles, and the Heroes of Olympus. He is also the author of the award-winning Tres Navarre mystery series for adults, winner of the top three awards in the mystery genre. For fifteen years, he taught English and history at public and private middle schools in the San Francisco Bay Area and in Texas and was honored him with the St. Mary’s School’s first Master Teacher Award.