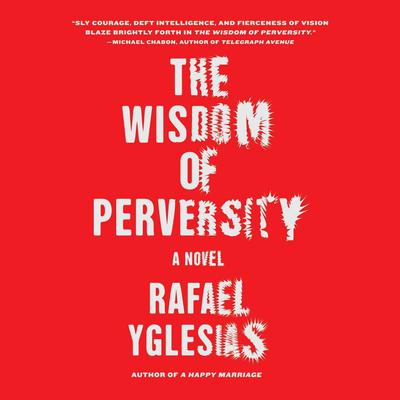 The Wisdom of Perversity

“The sly courage, the deft intelligence and the fierceness of vision that we, his fans, have come to expect from a Rafael Yglesias novel all blaze brightly forth--and cast very dark shadows--in THE WISDOM OF PERVERSITY.” --Michael Chabon, author of Telegraph Avenue

Brian and Jeff were best friends when they were young, leading lives of promise in New York City of the late 1960s, until something happened that brought an end to both their childhood and their friendship. Forty years later, when their secret surfaces in a terrible new context, they are forced to reunite by Jeff's cousin Julie who was also a victim of their childhood trauma. Together they must decide whether to tell all—unbalancing their lives and threatening their future—or continue to hide the truth and allow others to be victimized.

Rafael Yglesias, critically acclaimed, bestselling novelist and screenwriter, has crafted a novel that tells the stories of these three childhood friends who join together as adults to acknowledge the ways in which their lives were altered by the actions of a predator who sexually abused them, and who now, many years later, has been exposed by more recent victims, but who, thanks to his wealth and influence, is on the verge of escaping punishment.

The Wisdom of Perversity unmasks the headlines, giving voice to what is unsaid and life to what is hidden. Yglesias has created a startling, engrossing, unsettling, and moving story of surviving an insidious evil and a triumphant struggle to heal its wounds.

“The sly courage, the deft intelligence, and the fierceness of vision that we, his fans, have come to expect from a Raphael Yglesias novel all blaze brightly forth—and cast very dark shadows—in The Wisdom of Perversity.” —Michael Chabon, Pulitzer Prize–winning novelist
“Yglesias delivers a powerful message about victimization, healing, and empowerment in a novel that is as timely as it is poignant.” —Booklist
“[A]n affecting novel that is big-screen lurid without being superficial or too slick…[with] a touch of Agatha Christie-like mystery.” —Kirkus Reviews

Rafael Yglesias is an American novelist and screenwriter. He dropped out of high school upon publication of his first novel in 1972 at age seventeen. He was married to Margaret from 1977 until her death in 2004. He is the author of nine novels, including Dr. Neruda’s Cure for Evil and Fearless, which he adapted for the screen. He has two grown sons and lives in New York’s Greenwich Village.