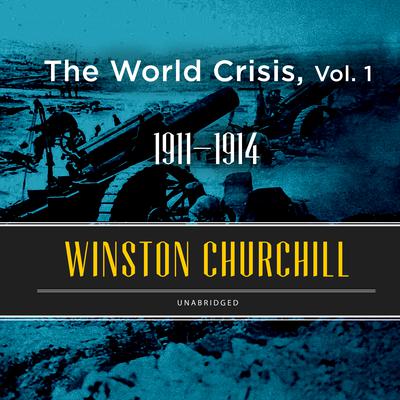 This, the first in Sir Winston Churchill’s five-volume history examining the events and context leading up to the outbreak of World War I from a true insider’s point of view, is unsurpassed as both a historical and personal account of the earth-shaking events leading up to the Great War.

Churchill’s epic series begins in 1911, when Churchill was First Lord of the Admiralty, and opens with a chilling description of the Agadir Crisis, and an in-depth account of naval clashes in the Dardanelles—one of Churchill’s major military failures. It takes readers from the fierce bloodshed of the Gallipoli campaign to the tragic sinking of the Lusitania and the tide-turning battles of Jutland and Verdun—as well as the USA’s entry into the combat theater.

Written in powerful prose by a great leader who would also go on to receive a Nobel Prize in Literature, and based on thousands of his own personal letters and memos, The World Crisis provides a perspective you won’t find anywhere else: a dynamic insider’s account of events that would shape the outcome of modern history.

“Essential reading, as fresh and compelling as ever.” —Jon Meacham, #1 New York Times bestselling author
“Whether as a statesman or an author, Churchill was a giant; and The World Crisis towers over most other books about the Great War.” —David Fromkin, author of A Peace to End All Peace