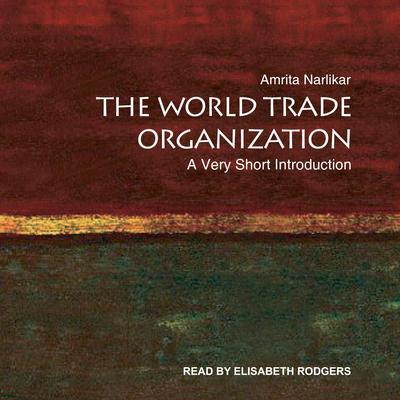 The World Trade Organization (WTO) is scarcely ten years old, but even in these early years of its existence it has generated debate, controversy, and even outrage. Rulings on beef hormones and tuna-dolphin cases provide graphic examples of how the organization regulates and intrudes into areas of individual consumer choice, ethical preferences, and cultural habits. This deep and far-ranging impact of the WTO on peoples' everyday lives means that it is not just an institution of interest to economists, but to everyone, a fact that was perhaps most graphically illustrated in the popular demonstrations at the 1999 Seattle Ministerial. Such protests have become a regular feature associated with most high-level meetings of the WTO.

This Very Short Introduction will provide a timely and carefully considered explanation of what the WTO is, what it does, and how it goes about executing its tasks. A clear understanding of the mandate, structure, and functioning of the WTO is essential to appreciate the controversy behind the organization, and how far it deserves the reputation that it has come to acquire.