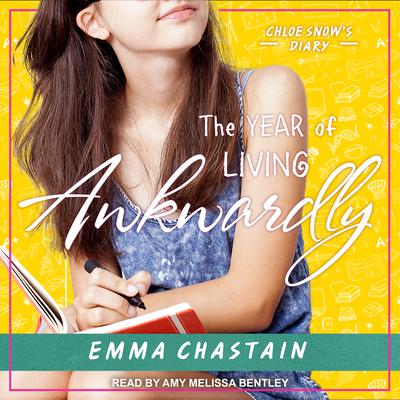 It's Chloe Snow's sophomore year of high school, and life has only grown more complicated.

Last year, Chloe was the star of the musical. This year, after an audition so disastrous she runs off the stage in tears, she's cast as a lowly member of the ensemble. Will she be able to make it through the show knowing everyone's either pitying her or reveling in her downfall?

Chloe's best friend, Hannah, is no help: she's been sucked into the orbit of Lex, the velvet-gloved, iron-fisted ruler of the sophomore class. Chloe's dad is busy falling in love with Miss Murphy, and Chloe is no longer speaking to her mother, who is sending her increasingly desperate and unhinged emails from Mexico. As her parents' divorce negotiations unravel, a custody battle looms.

If only Chloe could talk to Grady about it: his parents are divorced, and he's easy to talk to. Or he was, until he declared his love for Chloe, and she turned him down because despite all her rational brain cells she can't seem to get over Mac, and then Grady promptly started going out with Lex.

As the performance of the show approaches, Chloe must find a way to navigate all the messy elements of her life and make it through to the end of the year.

“Chloe Snow, in all her hilarious brilliance, will…break your heart and make you bawl those ‘happy to be alive’ tears.” —Lauren Myracle, New York Times bestselling author

Emma Chastain is a graduate of Barnard College and the creative writing MFA program at Boston University. She lives in Brooklyn with her husband and children.