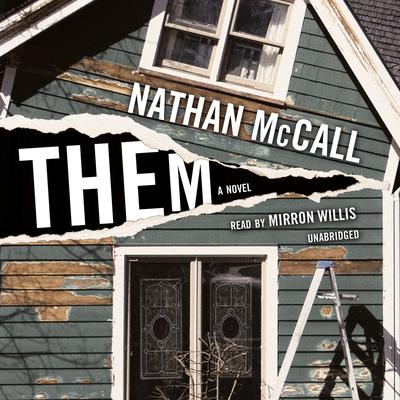 A Publishers Weekly Best Book of the Year

Barlowe, a single, African American in his forties, shares a ramshackle house with his nephew in an Atlanta neighborhood, the old Fourth Ward, known both as the center of the civil rights movement and for its main street, Auburn Avenue, once the richest Negro street in the world. Barlowe works as a printer and passes the time reading books from the neighborhood library and hanging out with other local black men at the corner store. When a white married couple buys and renovates the house next door, everyone tries to go about their daily business, but fear and suspicion build as more whites move in, making once familiar people and places disappear.

“[A] trenchant, slyly humorous debut novel…Masterfully orchestrated and deeply disturbing illustrations of the depth of the racial divide play out…McCall nails [the] details again and again, and the results, if less than hopeful, are poignant and grimly funny.” —Publishers Weekly (starred review)
“Mirron Willis relates this sensitive and often disturbing story of a white couple taking up residence in the largely black neighborhood of Atlanta’s Fourth Ward. The story varies in its tone and could have been a challenge for even the most experienced narrator. However, Willis is a narrator who not only assumes the identity of the story’s central character but also skillfully steps back into impartiality with the story’s omniscient narrator. Willis’ theatrical experience as a member of the Oregon Shakespeare Festival is apparent from his deep and inspired reading, though he never allows it to sound over the top or forced. The result is a perfect combination for a memorable listening experience.” —AudioFile
“McCall, author of the insightful Makes Me Wanna Holler, a meditation on the absurdity of American race relations, proves here that he’s a fine fiction writer as well. His characters are unforgettable…and it’s that narrow avoidance of catastrophe that gives the book a sort of hard-nosed optimism. Them is a well-executed and sobering examination of the tensions that can be a force for good or ill in a changing community.” —BookPage

Nathan McCall, author of Them and Makes Me Wanna Holler, has worked as a journalist for the Washington Post. Currently he teaches African-American studies at Emory University in Atlanta, Georgia.