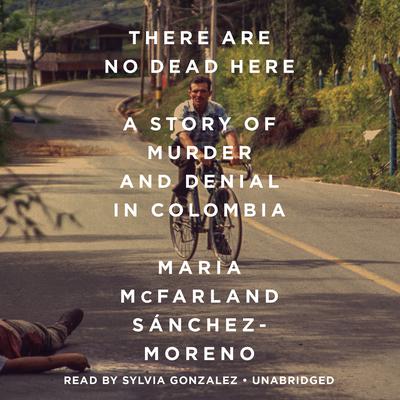 There Are No Dead Here: A Story of Murder and Denial in Colombia

In the 1990s and 2000s, in the midst of Columbia’s decades-long civil war, and with the complicity of much of the country’s military and political establishment, Colombian paramilitary groups with close ties to drug cartels massacred, raped, and tortured thousands.

In There Are No Dead Here, three ordinary Colombians—a prosecutor, an activist, and a journalist—risk everything to uncover the truth about the paramilitaries’ hold on the government. Maria McFarland Sánchez-Moreno’s gripping narrative takes readers from the sweltering Medellín streets where criminal investigators were hunted by assassins, through the countryside where paramilitaries wiped out entire towns, and into the corridors of the presidential palace in Bogotá.

The result is an unforgettable portrait of the valiant men and women whose tireless work offers hope amid the cascade of corruption and brutality.

Maria McFarland Sanchez-Moreno is the executive director of the Drug Policy Alliance. Previously, she held several positions at Human Rights Watch, including as the organization’s senior Americas researcher, covering Colombia and Peru, and as the co-director of its US program. She grew up in Lima, Peru, and now lives in Brooklyn.