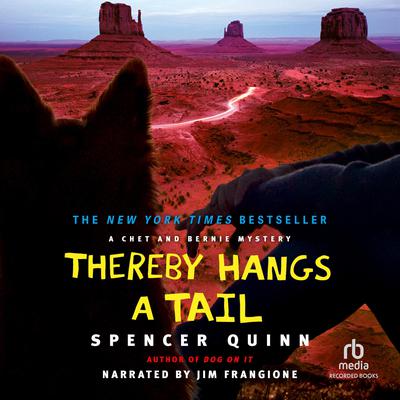 The Chet and Bernie Mysteries: Book 2

In the irresistible second installment of the New York Times bestselling Chet and Bernie mystery series, which has been hailed as "enchanting [and] one-of-a-kind" (Stephen King), Chet gets a glimpse of the show dog world turned deadly. What first seems like a walk in the park to wise and lovable canine narrator Chet and his human companion Bernie-to investigate threats made against a pretty, pampered show dog-turns into a serious case when Princess and her owner are abducted. To make matters worse, Bernie's on-again, off-again girlfriend, reporter Susie Sanchez, disappears too. When Chet is separated from Bernie, he's on his own to put the pieces together, find his way home, and save the day. Spencer Quinn's "brilliantly original" (Richmond Times-Dispatch) and "masterful" (Los Angeles Times) series combines genuine suspense and intrigue with humor and insight for a tail-wagging good time readers won't soon forget.

Spencer Quinn, pseudonym of Peter Abrahams, is the New York Times bestselling author of the Chet and Bernie series and the Bowser and Birdie mysteries. He lives on Cape Cod with his dog, Audrey.