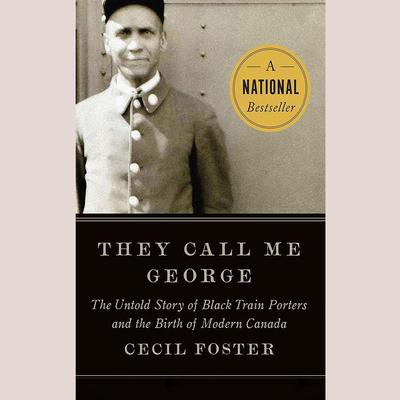 They Call Me George: The Untold Story of The Black Train Porters and the Birth of Modern Canada

Nominated for the Toronto Book Award

Smartly dressed and smiling, Canada's black train porters were a familiar sight to the average passenger - yet their minority status rendered them politically invisible, second-class in the social imagination that determined who was and who was not considered Canadian. Subjected to grueling shifts and unreasonable standards - a passenger missing his stop was a dismissible offense - the so-called Pullmen of the country's rail lines were denied secure positions and prohibited from bringing their families to Canada, and it was their struggle against the racist Dominion that laid the groundwork for the multicultural nation we know today. Drawing on the experiences of these influential black Canadians, Cecil Foster's They Call Me George demonstrates the power of individuals and minority groups in the fight for social justice and shows how a country can change for the better.