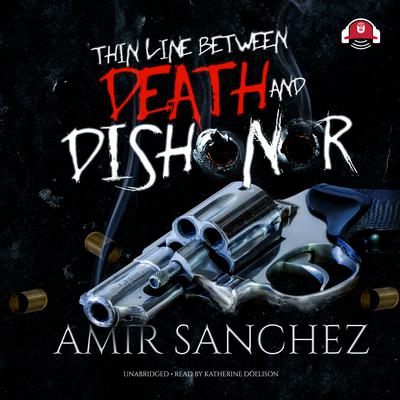 Thin Line between Death and Dishonor

Born to the game, the younger Santanas found themselves forced to fill their mothers’ shoes after the two sisters were indicted by the feds. Instead of sticking to the blueprints they inherited, they deviated far from the script. The money, power, and respect shot straight to their heads, and they used their status as a weapon.

Now, their deadly display of violence and bloodshed has drawn heavy attention and heat to the family name. Once their mothers catch wind of their dangerous activities, they call in a favor from an associate they are confident can guide the boys in their absence. They ask him to help the Santana boys develop their game to a successful level.

Little do they know it’s already too late.

The feds are already on their every move. In an effort to get a closer look into the family’s affairs, the feds begin recruiting and making deals like it’s an NBA draft. Power struggles ensue that cause the family to be divided and severely weakened. Under those circumstances, the feds take full advantage and go to great lengths to bring the Santanas down—permanently.

The deception, disloyalty, and dishonor escalate to an all-time high, leaving a path of death and destruction in its wake. When the walls close in, who will live and who will die? Who will snitch, and how many will lie? Who will ride hard when freedom is on the line?

Amir Sanchez’s novels present the gritty reality of life on the streets in his unique, authentic voice. He currently lives in Philadelphia, where he is working on future novels.