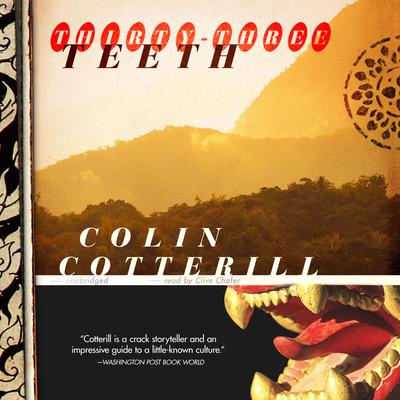 Winner of the 2006 Dilys Award

Feisty Dr. Siri Paiboun is no respecter of persons or party; at his age he feels he can afford to be independent. In this, the second novel in the series, he travels to Luang Prabang, where he communes with the deposed king who is resigned to his fate: it was predicted long ago. And he attends a conference of shamans called by the Communist Party to deliver an ultimatum to the spirits: obey party orders or get out. But as a series of mutilated corpses arrives in Dr. Siri’s morgue, and Nurse Dtui is menaced, he must use all his powers—forensic and shamanic—to discover the creature—animal or spirit—that has been slaying the innocent.

“The quasi-mystical story keeps a perfect balance between the modern mysteries of forensic science and the ancient secrets of the spirit world as the cranky coroner tries to resolve a politically sensitive case involving the deposed king without riling the authorities.” —New York Times Book Review
“Cotterill is a crack storyteller and an impressive guide to a little-known culture.” —Washington Post Book World
“[An] unpredictable mystery…Thirty-Three Teeth triumphantly braves the tightrope between quirky humor and the surreal macabre…Oddly, moments of would-be silliness emerge instead as tragically funny and magically sublime.” —Entertainment Weekly
“A quirky, exotic and winning second novel.” —Publishers Weekly