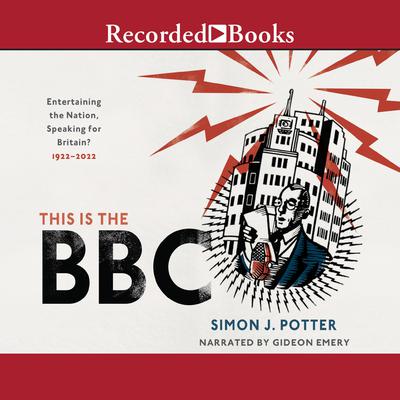 As the British Broadcasting Corporation celebrates its centenary, historian Simon J. Potter assesses its achievements and failures. He explores the programmes that audiences have often loved, and sometimes hated, and the turbulent relationship between broadcaster and government.

Founded in 1922, over the last century the BBC has become Britain’s most influential broadcaster. Its programmes have been part of everyday life in the UK and around the world, from Its That Man Again to Life on Earth, Doctor Who, and Eastenders, reflecting social change and reshaping our culture. However, the BBC now faces significant challenges, which may even jeopardize its continued existence. This new book draws out these issues and looks at how similar threats—including hostile governments, management failures, and transformative new technologies—were met and overcome in the past.

For one hundred years the BBC has justified its existence on the basis that it speaks to and for the nation, uniting the country and projecting British influence overseas. However, in a more diverse and divided Britain, many question whether we still need this sort of broadcaster. New global competitors and digital technologies, and deep funding cuts, threaten the Corporation’s ability to play its traditional role. By exploring the BBC’s past, Potter helps us think more clearly about its future.