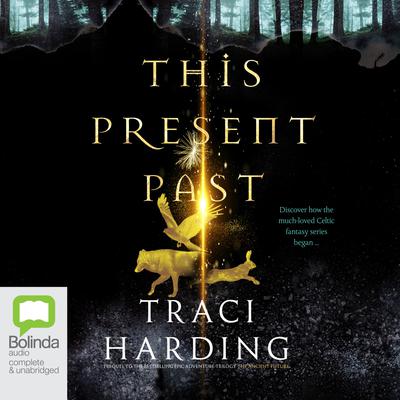 Before he was Taliesin of Lynn Cerrig Bach, he was Gwion of Lynn Tegid, bumbling his way through this Present Past. Born in Powys, the son of a lowly wood merchant, Gwion is enchanted by the comely Creirwy – daughter of Tegid Foel, the Giant and his wife, Keridwen, the goddess witch of Lynn Tegid.

During a brush with the Sons of the Long Knives, Gwion earns the trust of Keridwen and is offered employment at her Castell in Gwynedd. There the goddess is brewing a potion of prophetic insight and secret wisdom, destined for her monstrous, shape-shifting son, Morvran. But an ill-timed accident on the final day of his task sees Gwion inherit all the potion's supernatural abilities.

In a shapeshifting battle, Gwion is swallowed by Keridwen and upon her return to human form, the Goddess discovers that she is pregnant. A punishment imposed on her by Gwyn ap Nudd, Lord of the Otherworld, dooms the goddess to carry the babe in her womb for decades.

Twenty three years later, in the weir on the Afon Dyfi, a child is found by Prince Elphin of Meirion, and due to the light radiating from his brow, is named Taliesin. An exceptional lad, Taliesin's presentation at court, sparks a nasty feud with King Maelgwn of Gwynedd, that threatens to bring rebellion and the downfall of all the kingdoms of Cymru.