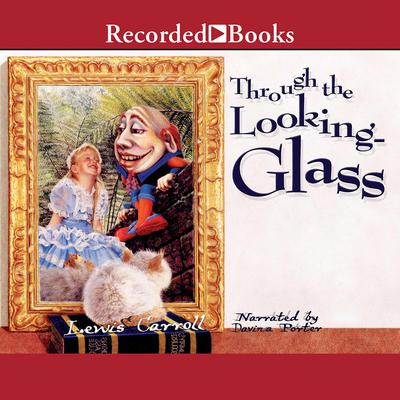 Through the Looking Glass

In 1865, Lewis Carroll won the hearts of children around the world with a wondrous story of a disappearing cat, a mad tea party, and a croquet-playing Queen of Hearts. Alice's Adventures in Wonderland quickly became a beloved classic of children's literature, and fans wrote thousands of letters to Lewis Carroll asking him to write a sequel to this magical book. The result was Through the Looking Glass, a timeless tale that has captivated generations with its unforgettable blend of laughter, magic and mischief. On a snowy winter day when it's too cold to play outside, Alice begins a game of make-believe inside her house. But make-believe soon becomes real when Alice steps through a mirror-and into another world! To find her way back to her world, Alice needs the help of Humpty Dumpty, Tweedledum and Tweedledee, and the Jabberwocky.