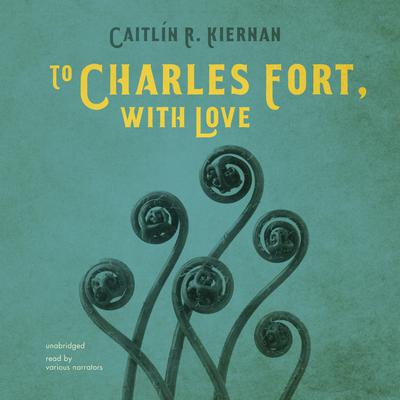 To Charles Fort, with Love

To Charles Fort, With Love is award-winning fantasist Caitlín R. Kiernan’s third collection of short fiction, a haunting parade of the terrible things which may lie beyond the boundaries of science, the minds which may exist beyond psychology, and the forbidden places which will never be located in any orthodox globe. To quote the object of Kiernan’s affection, meta-poet and arch-enemy of dogma Charles Hoy Fort, “The little harlots will caper, and freaks will distract attention, and the clowns will break the rhythm of the whole with their buffooneries—but the solidity of the procession as a whole: the impressiveness of things that pass and pass and pass, and keep on and keep on and keep on coming.” A deceptively even dozen, this collection includes Kiernan’s celebrated stories “Onion” and “Andromeda among the Stones,” as well as a number of more obscure pieces. Though Kiernan was recently praised as “the new Lovecraft,” these stories stand as testimony that she will never be merely the “new” anyone, that hers is a unique and demanding voice entirely unlike any other.

“Enigmatic short stories are written in lyrical prose that sweeps the reader completely into strange dark worlds where characters choose to embrace madness over the mundane and nightmares offer guidance as well as fear.” —Publishers Weekly (starred review)

Caitlín R. Kiernan was born near Dublin, Ireland, but has spent most of her life in the southeastern United States. In 1992, she began writing her first novel, The Five of Cups (it remained unpublished until 2003). Her first published novel, Silk (1998), earned her two awards and praise from critics and such luminaries as Neil Gaiman, Clive Barker, Peter Straub, and Poppy Z. Brite. Her next novel, Threshold (2001), was also an award-winner. She is a prolific short fiction author, and her award-winning short stories have been collected in numerous volumes. Her short science fiction novel The Dry Salvages was published in 2004.