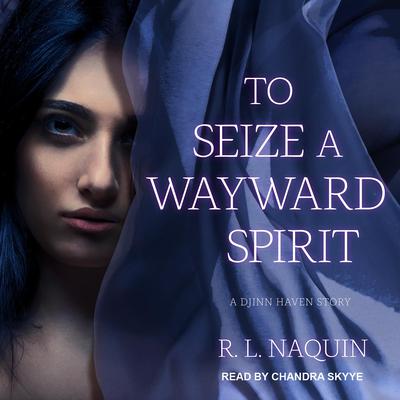 To Seize a Wayward Spirit

After a major goof turned their last mission into chaos, Hidden Government chaser Kam and her friends must hunt and recapture a crapton of souls. Seventeen, to be precise. But by the time they chase down the first one—a goblin en route back home to Oklahoma—a banshee ups and gets assassinated, leaving their progress at exactly negative one.

The connection between Kam's goblin and her banshee? A cosplay club, natch. Because sometimes monsters like to pretend to be humans dressing up as monsters.

As the body count rises and the Hidden cosplayers point fingers at each other, it's up to Kam and her team to stop the insanity. One costumed faction has a secret they're not sharing—even with each other—and if the bad seed isn't found soon, the others are likely to be murdered . . . or worse.

Ms. Skyye's narration was . . . the perfect performance in capturing the varied characters along with the changing moods of Kam. —That's What I'm Talking About

R. L. Naquin is originally from Northern California and has a tendency to move every few years, resulting in a total of seven different states and a six-year stint in England. Currently she’s planning her next grand adventure. Naquin has one heroic husband, two grown kids, a crazy cat lady starter kit, and an imaginary dog named Waffles. She doesn’t have time for a real dog.