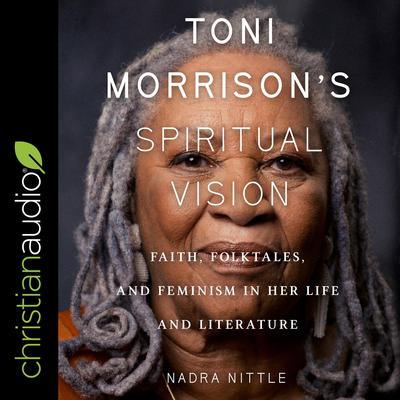 Toni Morrison's Spiritual Vision: Faith, Folktales, and Feminism in Her Life and Literature

Morrison filled her novels with biblical allusions, magic, folktales, and liberated women, largely because Christianity, African American folk magic, and powerful women defined her own life. Her relatives, particularly her mother, were good storytellers, and her family's oral tradition included ghost stories and African American folktales. But her family was also Christian. As a child, Morrison converted to Catholicism and chose a baptismal name that truly became her own—Anthony, from St. Anthony of Padua—going from Chloe to Toni. Morrison embraced both Catholicism and the occult as a child and, later, as a writer. She was deeply religious, and her spirituality included the Bible, the paranormal, and the folktales she heard as a child.

Toni Morrison's Spiritual Vision unpacks this oft-ignored, but essential, element of Toni Morrison's work—her religion—and in so doing, gives listeners a deeper, richer understanding of her life and her writing.