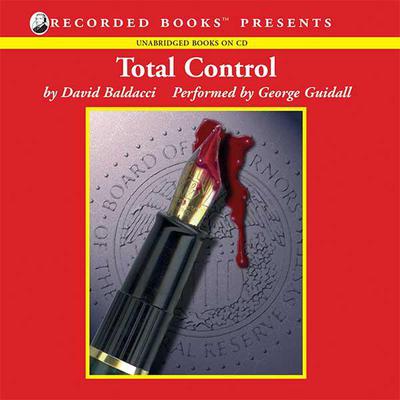 Critically acclaimed New York Times best-selling author David Baldacci-a master of plot, pacing and surprise-catapults you into the high-tech world of the Internet with greed and top-notch suspense. When Jason Archer-a rising young executive at the world's leading technology conglomerate-fakes his own death in a plane crash, he enters into a deadly world of enormously powerful computers, multimillion-dollar deals and brilliant, savage minds. Soon, his wife, Sidney, aided by FBI agent Lee Sawyer, discovers the startling truth behind Archer's disappearance. Can they derail the sinister plot to murder the country's most powerful individual, or will they too become targets in a complex and deadly game of cat and mouse? Narrator George Guidall's savvy characterizations and impeccable pacing help make Total Control the biggest, richest, and most satisfying thriller of the year.