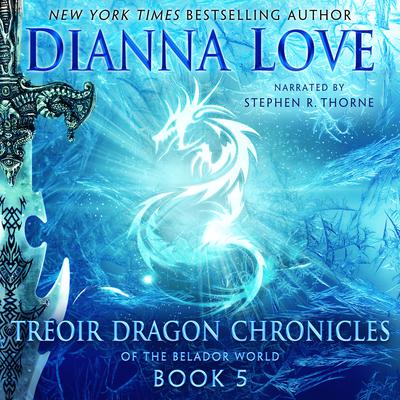 The Treoir Dragon Chronicles of the Belador World: Book 5

Faced with losing the only grimoire volume Daegan has or turning his back on Casidhe, he makes a surprising choice. Time is literally running out of an hourglass for Casidhe to prove her value to Queen Maeve or face never leaving TÅμr Medb, but to hand the crazy queen a grimoire volume would destroy humans and nonhumans. Reese finds a place to stay away from those she cares for in Atlanta while hunting the origin of demons flooding the city, but she’s not as adept at hiding as she thinks.

Brynhild made a tactical mistake in underestimating humans with weapons and will not do so again. To destroy the red dragon, she needs a partner who understands this world and the one she selects has his own agenda.

In a bid to free Casidhe, Daegan agrees to enter a ghost castle where every step is a deadly trap set specifically to kill him.