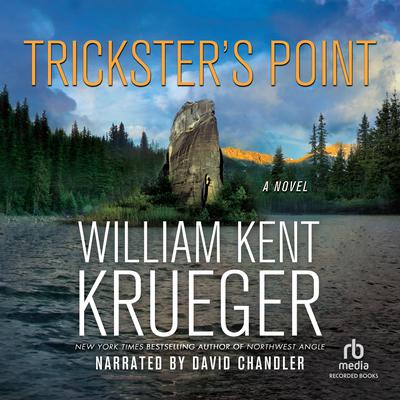 New York Times best-selling author William Kent Krueger has won numerous accolades for his books, including the Anthony Award for Best First Novel. InTrickster's Point, the 12th suspenseful installment in Krueger's Cork O' Connor series, Cork is framed for the murder of Minnesota's first Native American governor-elect, Jubal Little. As Cork fights to clear his name and uncover the truth, he discovers that events from his own past may hold the key to the real killer's identity.

“Although there’s plenty of excitement in this plot, Krueger is moving deeper into psychological territory with each book is this series.” —St. Paul Pioneer Press
“While the murder mystery is an essential element of the novel, more important is the look at the relationships of the various characters, to each other and to the locale.”  —Midwest Book Review