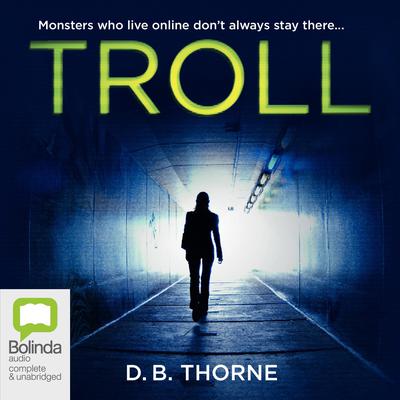 A gripping and explosive psychological thriller about a young woman who disappears after being hounded by a vicious online troll.

Years ago, Fortune gave up on his daughter, Sophie, after a troubled adolescence. Now she's gone missing, vanished without trace. And after weeks of investigation, the police have given up on her, too.

Driven by guilt, and a determination to atone for his failures as a father, he takes on the search himself. He soon finds that his daughter had been living in fear of a vicious online troll who seemed to know far too much about her.

Could Sophie's disappearance be linked to this unknown predator? Fortune is about to discovers that monsters which live online don't always stay there ...