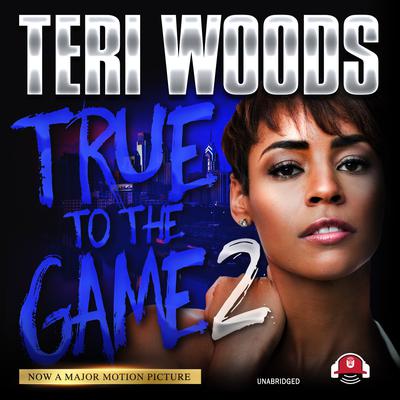 True to the Game II

By Teri Woods
Read by Erica Peeples  and  Cary Hite

The True to the Game Trilogy: Book 2

True to the Game II picks up where True to the Game left off—with one difference. Gena is now seeing a new guy named Jay. Little does Gena know that the man she has fallen in love with, so soon after Quadir’s death, is his archrival, Jerrell Jackson. Unfortunately, Jerrell is determined to get his revenge against Quadir’s crew, and he’ll start with Gena.

“Explosive…excellent…masterful…a must-have…Solidifies Ms. Woods’ place as one of the queens of street-lit.” —Rawsistaz Reviewers
“Woods keeps it raw in this gutsy sequel that features the round-the-way girl who fell hard for Quadir, the millionaire drug dealer.” —Essence magazine

Teri Woods is the author of numerous books in the urban fiction genre, which have been praised by Essence magazine and Publishers Weekly. She is a native of Philadelphia where she worked as a legal secretary and paralegal for eight years. She started writing True to the Game in 1993 and began submitting it to publishers in 1994. After being turned down, the book sat dormant for several years. In 1998 she began selling handmade books on the street and out of the trunk of her car. Soon she started her own publishing and production company, Meow Meow Productions, now called Teri Woods Publishing.