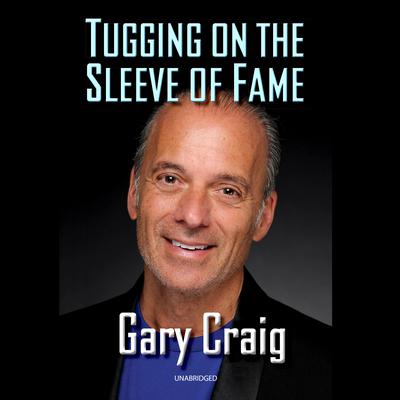 Tugging on the Sleeve of Fame

Gary Craig, actor, singer, and renowned radio personality, amused audiences on stage, film, television, and radio. He punked Walter Cronkite and tricked Whitney Houston. He shadowed Larry King, enthused Larry David, and acted with Jennifer Lawrence, Bradley Cooper, and Christian Bale. Hartford’s #1 morning radio personality finally pulls the mask from the myriad of myths surrounding him. Hilarious anecdotes, riotous pranks, and sidesplitting stories regale you with the raucous roots of his radio reign from humble beginnings to his current spectacular ratings on Hartford’s beloved WTIC-FM morning show, Craig and Company. Follow his footsteps as an underdog struggling to secure a niche career while reaching for the stars to follow his dreams. His upbeat, ribald, all-American success story radiates joy and illustrates an inspiring example of how hard work and a determination to overcome obstacles can propel a man to achieve what others can only dream.

Gary Craig is an actor, broadcaster, internet producer, impressionist, and singer. He produces content for the net, broadcasts for CBS, and appears in film and television. Craig was trained at the American Academy of Dramatic Arts in New York. In addition to acting in television and film, he is also president and founder of We Are the Children, a nonprofit organization that stages the biggest party in America every Christmas for poor, homeless, and handicapped kids.