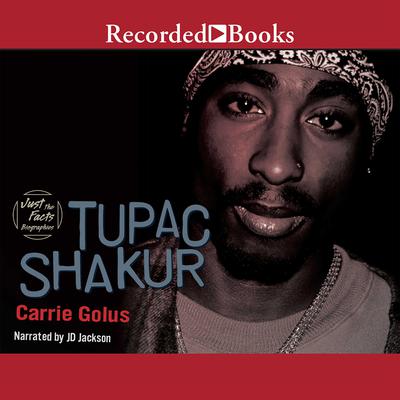 One of hip-hop's greatest stars, Tupac Shakur is an American icon, renowned as a powerful wordsmith, poet, and artist. Tupac was a master of the rhyme, penning intense, compelling lyrics reflecting black urban culture. Born in NYC to a prominent woman in the revolutionary African-American political group the Black Panther Party, Tupac showed a strong creative streak from an early age, composing his first play when only six years old. But at home he faced constant poverty and instability, moving around often and eventually winding up in northern California. There, as a homeless teenager, he focused on becoming a gangster rapper. After a series of life-changing breaks, he launched a solo career that would make him both a film star and the best-selling rap artist of all time-and bring him to the moment of his tragic murder at the age of 25. It's a true testament to Tupac's art that even after his death he continues to be an inspiration to millions of people. Narrator JD Jackson skillfully delivers the facts of Tupac's story for young listeners.