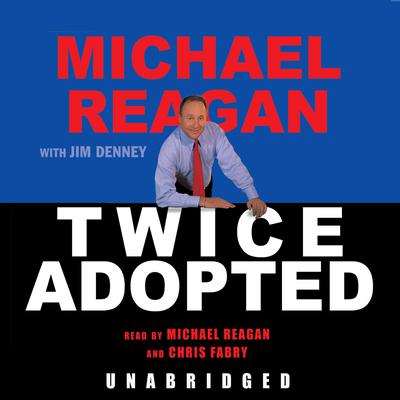 Michael Reagan, eldest son of former president Ronald Reagan and actress Jane Wyman, has dealt in his personal life with many of the issues confronting our culture today: sexual abuse as a child, the divorce of his parents, feelings of rejection and loneliness, and the belief that God does not care about him. In this compelling story, he shares how his first adoption gave him an identity, but it was his true identity in Christ that was his most meaningful adoption.

Michael Regan is the eldest son of President Ronald Reagan. He serves on the board for the John Douglas French Alzheimer’s Foundation and has authored many successful books, including his bestselling autobiography, On the Outside Looking In. He lives with his wife and two children in California. From 1992 until just recently, he was heard daily by over five million listeners via his nationally syndicated talk radio program, The Michael Reagan Show.