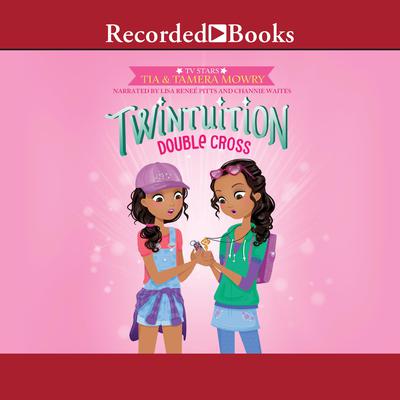 From TV stars Tia and Tamera Mowry comes the thrilling conclusion to their middle grade series, Twintuition! In this fourth and final book, tween twins Cassie and Caitlyn Waters are excited to be returning to their hometown, San Antonio, on a class trip. But as they reach their destination, trouble finds them as quickly as a vision, and one of their friends soon disappears. Using their Sight and their street smarts to try and save the day, the twins also begin to see things they didnt expecta man in captivity who looks exactly like their fathers pictures. Could he really be alive? And can they use the clues they see to save him before its too late?

Tia Mowry-Hardrict and Tamera Mowry-Housley have been in the public eye for over twenty years, beginning with their hit ABC/WB show Sister, Sister. They have starred in Disney Channel’s original movies Twitches and Twitches Too, as well as the Style Network’s #1 reality series, Tia & Tamera. Tia was the lead of The CW/BET’s show The Game and can be seen starring in and producing the Nickelodeon series Instant Mom and on Cooking Channel’s show Tia Mowry at Home. Tamera is a host and producer of the hit daytime talk show The Real, which airs on Fox, and starred in the Lifetime series Strong Medicine.