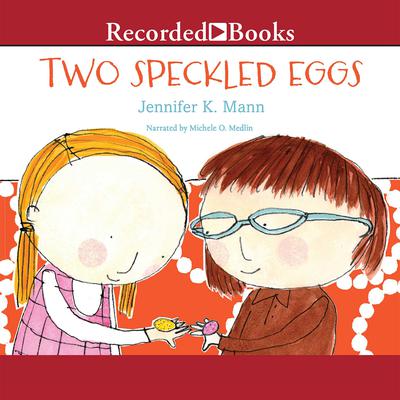 A birthday party sets the scene in this sweet and relatable story for anyone who's ever been the odd girl out. It's Ginger's birthday, and she has to invite all the girls in her class to her party, including Lyla Browning. Lyla isn't like the other girls: she smells like old leaves, doesn't talk much, and once brought a tarantula to school for show-and-tell. On the day of the party, Lyla is much earlier than everyone else. But even after the others arrive, Ginger's party doesn't go quite the way she'd hoped: some of the girls change the rules to the games, and no one likes her silver and gold birthday cake -- except Lyla. By the time Lyla gives Ginger her present -- a tiny homemade nest with two delicious malted-milk eggs -- Ginger begins to wonder: is being different really such a bad thing? Review Quotes: In a nod to geek pride, illustrator Mann, in her debut as an author, doesn't portray Lyla as a needy, sad wallflower--instead, Lyla is entirely self-assured and independent (though she's also open to making a new friend in Ginger). Mann understands well how peers can disappoint and parties can go wrong, and her scraggly-lined drawings, filled in with washes of soft color and set against white backgrounds, give a strong sense of Ginger's emotional vulnerability and the unanticipated possibilities offered by Lyla's friendship. --Publishers Weekly The nicely paced story creates a series of small moments that make Ginger's emotional shifts seem natural and inevitable. Created with pencil, gouache, and digital collage in a simple style, the expressive illustrations capture awkward, sad, tender, funny, and happy times with equal facility. ... A fine picture book for reading aloud. --Booklist Mann's pencil, gouache and digital collage illustrations keep the focus on the girls, their bright clothes and accessories standing out against the white background. ... Readers may not look at their classmates the same again. --Kirkus Reviews Penciled figures keep the facial expressions simple, while the gouache illustrations soften digital collage elements like the playground pavement, the tablecloth, and patterned couch, complementing the expected but sweet and satisfying story. --School Library Journal?

Jennifer K. Mann is a children’s book author and illustrator on Bainbridge Island, just across from Seattle, in beautiful Puget Sound. She lives here with her husband and two children, six chickens, three cats, and two dogs—a big one named Lottie, and a small one named Cody. She once was an architect, and spent many years designing stores for a big architecture firm in Seattle. Then she had children, and started reading beautiful picture books to them, and realized that what she really wanted was to be a picture book author and illustrator. She finds inspiration for stories and art from memories of childhood, her children’s antics and adventures, and the often silly goings-on of her domestic menagerie.