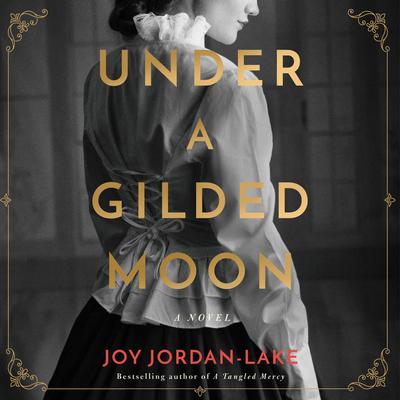 Under a Gilded Moon: A Novel

“Crawdads meets the Crawleys…Threaded through with a meticulously researched, well-crafted mystery, this is historical fiction at its best.” —Fiona Davis, nationally bestselling author of The Lions of Fifth Avenue

From the bestselling author of A Tangled Mercy comes an enthralling novel of secrets, a tumultuous war of ideas, and murder as classes collide in the shadow of Biltmore House.

Biltmore House, a palatial mansion being built by the Vanderbilts, American “royalty,” is in its final stages of construction in North Carolina. The country’s grandest example of privilege, it symbolizes the aspirations of its owner and the dreams of a girl, just as driven, who lives in its shadow.

Kerry MacGregor’s future is derailed when, after two years in college in New York City, family obligations call her home to the beautiful Appalachians. She is determined to distance herself from the opulence she sees rising in the Blue Ridge Mountains, however close its reach. Her family’s land is among the last pieces required to complete the Biltmore Estate. But something more powerful than an ambitious Vanderbilt heir could change Kerry’s fate as, one by one, more outsiders descend on the changing landscape—a fugitive from Sicily, a reporter chasing a groundbreaking story, a debutante tainted by scandal, and a conservationist prepared to put anyone at risk to stoke the resentment of the locals.

As Kerry finds herself caught in a war between wealth and poverty, innocence and corruption, she must navigate not only her own pride and desperation to survive but also the temptations of fortune and the men who control it.

“Elegantly written and expertly crafted, Under a Gilded Moon soars as high as any piece of literature can reach. You’re transported to a time and place in history that begs [to be] read late into the night. —Robert Dugoni, international bestselling author of The Extraordinary Life of Sam Hell and the Tracy Crosswhite series
I was swept away by this dazzling, masterfully written tale of the clash of classes and cultures around the Biltmore in North Carolina. Joy Jordan-Lake brings the past alive with impeccable details, raw emotion, and parallels to our present world. A triumph. —Emily Carpenter, bestselling author of Burying the Honeysuckle Girls
This is historical fiction at its finest. With pitch-perfect dialogue and details so rich and so right, Joy Jordan-Lake sets us squarely—lock, stock, and barrel—in 1895 Asheville, NC, in not just one but two distinctive worlds. The grand Vanderbilts and their luxurious Biltmore fascinated me, and the mountain people with their human struggles pulled at my heart. —Bren McClain, author of One Good Mama Bone, winner of the 2017 Willie Morris Award for Southern Fiction and the 2019 Patricia Winn Award for Southern Literature
Crawdads meets the Crawleys in Jordan-Lake’s latest, where she offers up a powerful location in the Biltmore House of Asheville, North Carolina. Pitting rugged locals against Gilded Age interlopers and threaded throughout with a meticulously researched, well-crafted mystery, this is historical fiction at its best. —Fiona Davis, national bestselling author of The Lions of Fifth Avenue

Joy Jordan-Lake has written more than a half-dozen books, including the novel Blue Hole Back Home, which won the Christy Award in 2009 for Best First Novel. She holds a PhD in English, is a former Harvard chaplain, and has taught literature and writing at several universities. Jordan-Lake’s scholarly work Whitewashing Uncle Tom’s Cabin draws on the narratives, journals, and letters of enslaved and slaveholding antebellum women—research that led her to the story behind A Tangled Mercy. She and her husband have three children and live outside Nashville.