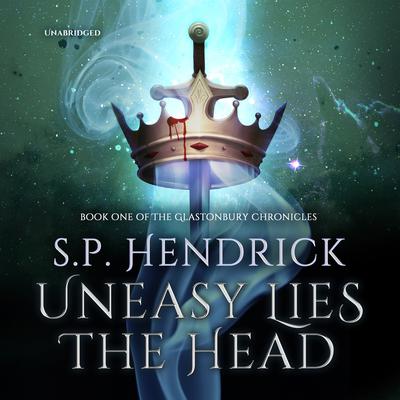 In the near future, Britain has given up its constitutional monarchy to become a republic. But though the crown is a museum piece and the family no longer bears its ancient titles, Stephen Windsor feels the stirrings of the lives of ancient sacred kings in his bones, which is not surprising as, at key points in Britain’s history, he has been reincarnated to perform the supreme kingly act.

And though the throne is empty and forgotten, the land remembers and calls once more for a crown upon a royal head—and royal blood upon the ground.

“History, mystery, steam, steel, and blood—this one really does have it all!” — Mark Ryan, actor on Black Sails, Robin of Sherwood, and Transformers

S. P. Hendrick is the author of two acclaimed fantasy series, the Glastonbury Chronicles and Tales of the Dearg-Sidhe which so far have nine books in publication and more in preparation. A third companion series to those two, the Glastonbury Archives, is in the works, along with a deck of Tarot cards and accompanying book based on Celtic mythology, British folklore, and the worlds and characters she has created. Her latest novel is a stand-alone called Raven’s Daughter.

Ms. Hendrick holds a degree in English from the former San Fernando Valley State College (now California State University, Northridge). During the mid 1960s, or as she puts it “in a past life,” under the nom de plume Jennifer Starkey she did publicity for several rock bands and was a columnist for a national magazine. Her first novel under that name, Sunset Offramp was published during that era.

She lives in the San Fernando Valley with her husband, Jay T. Mayer, entirely too many cats, and thirty-two overflowing bookcases.