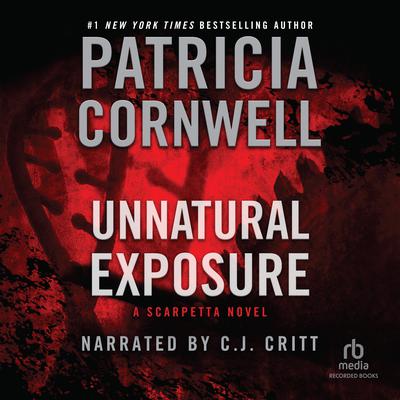 Filled with tension and continual surprises, Unnatural Exposure is a thrilling chapter in Virginia Chief Medical Examiner Kay Scarpetta's life--and a triumph for #1 New York Times best-selling author Patricia Cornwell. The body of an elderly woman is found dismembered in a Virginia landfill. Scarpetta initially believes the clues mirror that of a serial killer she's tracked before, but upon further investigation, she discovers puzzling pox-like erruptions on the woman's body that, perhaps, point in another direction. When the killer contacts her via e-mail, Scarpetta enlists the aid of her computer-savvy niece, Lucy, to help track this monster through cyberspace. Learning that the Virginia victim was exposed to a high-tech virus that might unleash an epidemic, Scarpetta realizes she's dealing with a sophisticated mind. Her investigation leads her from the government's biological defense facility in Utah, to Atlanta's Center for Disease Control--and eventually to quarrantine, when it is discovered that Scarpetta has been exposed to this fatal virus. Along the way, she's forced to deal with the unscrupulous ambitions of a slick FBI agent, Lucy's problems, and her own turbulent feelings for Agent Wesley Benton.

Patricia Cornwell is the #1 New York Times bestselling author of the Kay Scarpetta series. Her bestsellers include Dust, The Bone Bed, Red Mist, and Portrait of a Killer: Jack the Ripper—Case Closed. Her earlier works include Postmortem—the only novel to win five major crime awards in a single year—and Cruel and Unusual, which won Britain’s prestigious Gold Dagger Award for the best crime novel. Dr. Kay Scarpetta was awarded the 1999 Sherlock Award for the best detective created by an American author. Patricia Cornwell lives in Boston, Massachusetts.