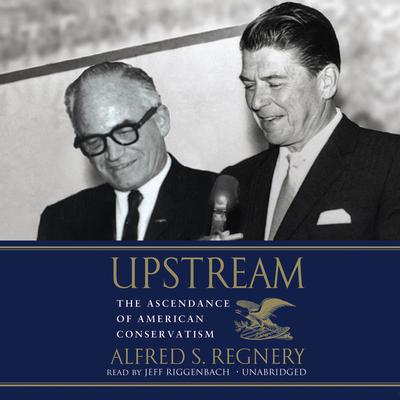 Upstream: The Ascendance of American Conservatism

In the 1950s, a handful of intellectuals, supported by several wealthy businessmen and a few editorial writers, set the stage in their writings and other efforts for what has become the most vibrant political and cultural force of our time. Veteran conservative publisher Alfred Regnery writes an insider’s account of the American conservative movement over the past fifty years, highlighting its most important moments and personalities. Offering a unique perspective and an array of personal anecdotes, he looks at each of the forces that made this phenomenon happen and how those forces have influenced American culture, politics, economics, foreign policy, and other sectors of American life.

Alfred S. Regnery is the former president and publisher of Regnery Publishing, America’s most successful conservative publishing house. He is currently the publisher of The American Spectator.