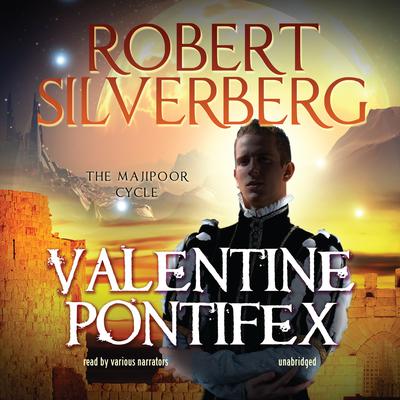 The extraordinary story continues in this magnificent installment of the bestselling Majipoor series, begun in Lord Valentine’s Castle.

Dark dreams disturb Lord Valentine’s sleep, a forewarning of the danger that threatens the peace of Majipoor. The Shapeshifters have set in motion a terrifying plan to regain their stolen world and their allies—the ancient gods rising from their eons-long slumber beneath the oceans of the great planet. Suddenly, Valentine faces the greatest crisis of his reign. Either he must plunge Majipoor into a bloody nightmare of war, plague, and chaos, or surrender his life to the mercy of the vengeful Shapeshifters.

“A virtuoso performance by Silverberg, in which details of natural history become symbolic threads in a colorful tapestry on the themes of maturity, responsibility, and natural process.” —New York Newsday
“Expertly balanced…Silverberg demonstrates that a trilogy can get better as it grows—to the point where the third book raises the stature of the first.” —Publishers Weekly
“A dance of conflicting emotions and political intrigue.” —Village Voice

Robert Silverberg’s first published story appeared in 1954 when he was a sophomore at Columbia University. Since then, he has won the prestigious Nebula Award five times and the Hugo Award five times. He has been nominated for both awards more times than any other writer. In 1999 he was inducted into the Science Fiction Hall of Fame, and in 2004 the Science Fiction and Fantasy Writers of America gave him their Grand Master Award for career achievement. He remains one of the most imaginative and versatile writers in science fiction.