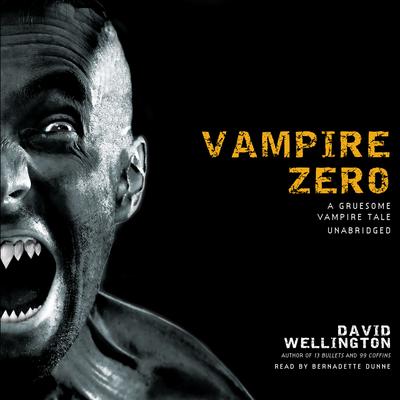 US Marshal Jameson Arkeley, the country’s foremost authority on vampires, taught police investigator and vampire fighter Laura Caxton everything she knows about monsters. After a bloody war visited upon Gettysburg by an army of vampires, Arkeley gave up his own life to save others—except he didn’t exactly die.

Arkeley accepted the curse and is now a vampire himself. What’s worse, he’s the savviest vampire ever; he knows all the tricks better than anyone. Caxton is now faced with the task of destroying her former mentor. But Arkeley knows all her tactics too; after all, he taught them to her. Caxton realizes she must finish Arkeley before he succeeds in his quest to exterminate his own family. But even more important, she has to prevent him from becoming a beast exponentially more dangerous: a vampire zero.

David Wellington is the author of several novels. His zombie novels Monster Island, Monster Nation, and Monster Planet form a complete trilogy. He has also written a series of vampire novels including 13 Bullets, 99 Coffins, Vampire Zero, and 23 Hours, and in 2009 began his Werewolf series, starting with Frostbite and Overwinter. His novels have been featured in Rue Morgue, Fangoria, and the New York Times.